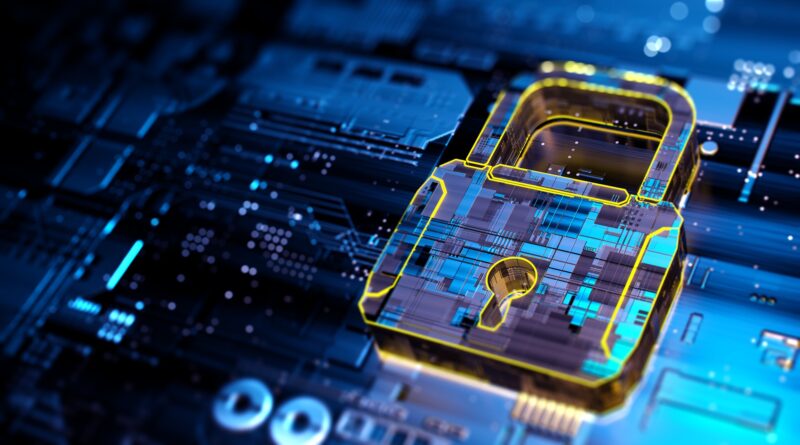 With the increase in the number of users, devices, and programs, coupled with the growing flow of data, much of which is sensitive information, the need to protect personal data from cyberattacks has also grown.

These cyberattacks can be aimed at forging, destroying, or stealing data to resell in underground digital markets or extorting money further. Cybercriminals target personal information such as names, addresses, passport information, credit card numbers, and codes.

The issue of cybersecurity has been particularly acute recently. Individuals and businesses alike are paying increasing attention to it, building an entire defense against possible traps and unauthorized access to data centers and other computerized systems.

Cybersecurity is the protection of critical systems and sensitive information from digital attacks by attackers. These measures, also known as information technology security, are designed to deal with threats to which networked systems and applications are exposed, whether they come from within or outside the company.

In the last decade, cybercrime has hit advanced nations particularly hard. Researchers believe that everyone living in such countries should expect that all of their personal data can be stolen without their knowledge at any time.

Companies that fail to protect the personal data of employees and users risk severely damaging their reputation in the market. Statistically, more than half of all cybercrimes are committed against small and medium-sized businesses, and 60% cease operations within six months of being the victim of a data breach or hack. This may be because these businesses lack the financial resources and skills to deal with the emerging cyber threat.

Researchers believe that the global cost of cybercrime will increase by 15% per year over the next five years, reaching $10.5 trillion per year by 2025, up from $3 trillion in 2015. The impact of cyberattacks far exceeds the damage caused by natural disasters in a year and maybe more lucrative for criminals than the global trade in all major illegal drugs combined.

The damage cost estimate is based on historical cybercrime data, including an increase over the previous period and a dramatic increase in hacking by hostile nation-states and organized crime groups.

We believe data is a phenomenon of our time, said Jeannie Rometty, executive chairman of IBM Corporation. Its a new foundation of competitive advantage that is changing every profession and industry. Cybercrime, by definition, is the greatest threat to every profession, every industry, every company in the world..

Consequences from cybercrime include:

Recovery costs usually account for the largest part of the total amount. It is important to note that they can be reduced through internal policies, regulations, procedures, technology, and cybersecurity training.

While experts are working hard to address any flaws in information security, attackers are also not standing still and are constantly discovering new ways to compromise operating systems.

So I write my paper and I prepared some of the most common types of threats in the cybersecurity world.

Malware is software in which any file or program can be used to harm a computer user. This includes viruses that allow unauthorized access or cause damage to a computer system.

Such attacks are becoming increasingly fileless and are designed to bypass familiar detection methods, such as antivirus tools that scan attachments of malicious files.

Ransomware is a type of malware that blocks files, data, or systems while threatening the user with wiping or destroying them or making sensitive information publicly available. Attackers who launch ransomware usually have one goal in mind: to get a ransom from the victimized party.

According to recent projections, the global cost of damage from ransomware will reach $20 billion by the end of 2021, 57 times what it was in 2015. Researchers predict ransomware attacks will occur every 11 seconds in 2021, up from every 40 seconds in 2016.

Social engineering is an attack based on a cybercriminals interaction with a user to get the user to violate security procedures in order to obtain sensitive information that is normally protected. For example, asking to send a credit card password or enter passport information.

Phishing is a form of social engineering in which fraudulent emails or text messages are sent to victims that look like messages from reputable or known sources. These attacks aim to steal sensitive data. Targeted phishing is a phishing attack targeting a specific user, organization, or business.

Current or former employees, business partners, contractors, or anyone else who has previously had access to a companys security systems or internal networks may be considered an insider threat if they have abused their access permissions at least once.

The particular danger of such threats is that they may be invisible to traditional security solutions, such as intrusion detection systems, which focus predominantly on external threats.

This attack attempts to take down a server, a Web site, or an entire system by overloading them with traffic, usually coming from multiple coordinated sources. They typically span corporate networks through a simple control protocol used for modems, printers, switches, routers, and servers.

Attackers in this type of attack infiltrate a system and remain undetected in it for an extended period of time. They purposely leave systems untouched to maintain the ability to spy on business activities and steal sensitive data while avoiding the activation of protective countermeasures.

A man-in-the-middle attack is when a cybercriminal intercepts and transmits communications between two parties to steal data, for example, between a guest device and a network on an unsecured Wi-Fi network.

This is by no means a complete list of possible attacks. Whats more, as modern technology advances and cybersecurity systems improve, attackers find new ways to deceive users and capture their data.

Who can fall victim to cyberattacks?

When asked about the impact of successful cyberattacks on the fate of an enterprise, security executives around the world cited the following consequences:

Hackers make new attempts every day to hack into databases and bypass any, even the most advanced security systems. According to experts, the number of cyber attacks is not expected to decrease in the near future. According to studies, $17,700 is lost every minute worldwide due to phishing attacks.

Cyber threats range from computers and smartphones to people, cars, railroads, airplanes, power grids, and even health care systems and government security. In 2020, the largest number of cyber attacks were in government, followed by mining, utilities, and service industries. Obviously, manufacturing and health care are among the industries with the highest risk.

According to another study, employees working in the wholesale trade are the most likely to be targeted by phishing attacks: in 2020, 1 in 22 users fell victim to such emails.

Intelligence agencies are particularly concerned that ransomware is hitting health care providers, hospitals, emergency services, and first responders. Last year, for example, a ransomware program took its first life. German authorities reported that a cyberattack caused IT systems to fail at a major hospital in Düsseldorf. A woman who required emergency hospitalization died after being transported to another city for treatment.

An analysis of actual emails showed that the most common themes used by scammers might be:

96% of phishing attacks come via email. Another 3% are done through malicious Web sites, and just 1% are done by phone. According to Sonic Walls 2020 Cyber Threats Report, PDFs and Microsoft Office files sent via email were the preferred means of delivery for todays cybercriminals in 2019. This is due to the fact that these files are universally trusted in the modern workplace.

The increasing number and sophistication of attack methods further exacerbate the problem of Internet security. To protect against them, businesses and individual users have to find new ways to solve the problem.

In 2020, the average cost of a data breach was $3.86 million worldwide. These costs include the cost of detecting and responding to breaches, the cost of downtime and lost profits, and the long-term reputational damage to a company and its brand.

Security complexity caused by heterogeneous technology and lack of in-house expertise can increase these costs. But organizations with a comprehensive cybersecurity strategy based on best practices and an automated system using advanced analytics, artificial intelligence, and machine learning can combat cyber threats more effectively.

So what do you do to protect yourself from cyberattacks?

A strong cybersecurity strategy has layers of defense against cybercrime, including cyberattacks that attempt to gain access, alter or destroy data, extort money from users or the organization, or seek to disrupt normal organizational operations. Countermeasures should include:

According to Mark Montgomery, executive director of the U.S. Cyber Defense Commission, ransomware, which is currently one of the most destructive and rapidly growing types of cybercrime, will eventually convince senior executives to take the cyber threat more seriously.

The number of cybersecurity incidents is growing worldwide, and a large number of data breaches are caused by people working within organizations themselves. The opportunities for human error, especially through the negligent actions of employees or contractors that inadvertently cause data breaches, continue to increase.

Another cybersecurity challenge is the shortage of skilled workers. As the volume of data collected and used by businesses grows, so does the need for employees who know how to build cybersecurity in a company. Researchers have estimated the gap between needed cybersecurity jobs and security professionals at 3.1 million, despite many prestigious universities graduating qualified professionals each year.

Automation has become an integral component of protecting companies from the growing number and constant sophistication of cyber threats. The use of artificial intelligence and machine learning in areas with large data streams can help improve cybersecurity in three major categories:

Other benefits of automation in cybersecurity include attack classification, malware triage, analysis of incoming traffic, etc.

Cybersecurity programs should also focus on end-user training because employees can accidentally bring viruses into the workplace from their laptops or mobile devices. Regular security training will help them contribute to protecting the company from cyber threats. There are special computer literacy and Internet security courses for this purpose.

Thats why you should start with training. Tell employees about the basic characteristics of phishing emails and remind them to reassure themselves before opening questionable emails, attachments, and links.

A great additional training program for you and your employees is Cognitive Science, an online program designed to develop intelligence and imagination, the ability to identify and use different cognitive styles, and scientific, statistical, and critical thinking. With its help, you can easily recognize possible traps of the mind and increase your effectiveness many times over.

And these simple tips can keep you from encountering cybercriminals:

People should not be the last line of defense. This is why organizations need to invest in technology and other solutions to prevent successful phishing attacks. But given the frequency of attacks year after year, it is clear that spam filters, antivirus software, and other outdated security solutions are not enough.

Approximately 1 million people join the Internet every day. Researchers believe that in 2022 there will be 6 billion people connected to the Web, and in 2030 that number will be over 7.5 billion.

Cybercrime is one of the most serious threats in the world today. There is no way to protect against it fully. People cannot stop hackers from sending phishing emails, but they can keep themselves safe by learning the right algorithm for what to do if such an email arrives in their inbox. The user is often responsible for their own security. 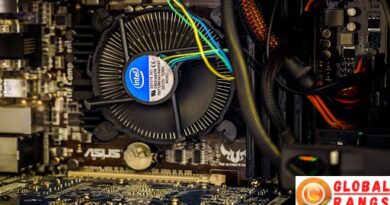 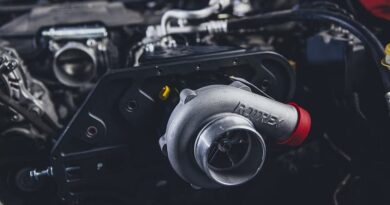 How Much HP Does a Turbo Add to a Car? 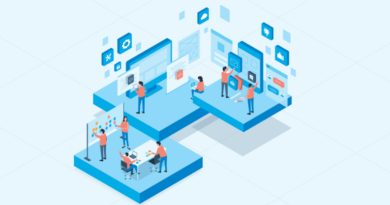