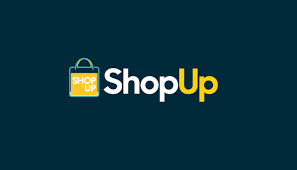 The Valar ventures 100 million series continues to grow and this time, they are investing in a startup from Bangladesh called ShopUp. Afeef joins the venture as the new investment to further its ambition of building a connected ecosystem of goods.

ShopUp is a B2B commerce startup that digitises neighborhood stores in Bangladesh. It connects small retailers with large manufacturers, distributors, and wholesalers. This allows them to increase their profits and focus on their customers. The company recently announced a new round of funding of $75 million.

ShopUp is a full-stack B2B e-commerce app that offers three products: REDX, Moka, and Baki. REDX delivers more than 50% of all 3PL e-commerce shipments across the country. It currently serves 493 Upazilas. ShopUp opened up REDX to small online sellers in February 2020. Moka delivers daily necessities to grocery stores in neighborhoods. ShopUp also provides B2B sourcing and logistics services through its wholesale marketplace. It has also launched a Facebook page management service and a loan application for small retailers.

ShopUp is the largest B2B e-commerce startup in Bangladesh. It has received more than $100 million in funding so far. In its most recent round, the company raised $75 million in funds from Valar Ventures and Prosus Ventures. These investments mark the first investments by these firms in the Bangladeshi startup ecosystem.

ShopUp’s latest round of funding also included existing investors such as Sequoia Capital India and VEON Ventures. Valar Ventures is an investment firm based in Silicon Valley and co-founded by PayPal and Palantir co-founder Peter Thiel. The other investors involved in the funding round were Flourish Ventures, a venture capital firm that was founded by former Google and Facebook executives, and Pierre Omidyar’s family office.

ShopUp’s mission is to put 4.5 million small retailers in the driving seat of Bangladesh’s economic growth. It plans to bring neighborhood mom-and-pop shops online to expand their customer base, while providing solutions to transportation, lending, and supply chain problems. As of August, ShopUp has more than four times the number of small retail shops on its platform transacting weekly.

ShopUp’s Series A was the biggest investment to date in a Bangladeshi startup. The round was led by Peter Thiel’s Valar Ventures and included the funds of Pierre Omidyar’s family office and Prosus Ventures. Other participating investors included Sequoia Capital India, Flourish Ventures, and VEON Ventures.

ShopUp’s valuation stands at approximately $350-400 million after funding. Its business model is based on a buy now, pay later product for small traders. While it is competing with well-funded B2B companies, it hopes to build a community of 4.5 million retailers in Bangladesh. Currently, it has around 100 employees in Bengaluru.

The start-up’s current funding round includes a secondary share sale by angel investors. The start-up plans to use the funds for expansion. Despite the growth, ShopUp’s valuation could change in the future. Similarly, it competes with foreign companies that have invested in the market.

Afeef has a lot of competition in the fintech space. The best in class is the other fintech unicorn that is ShopUp. It has a flurry of employees, a fair number of clients and the capital to match. They also boast a bona fide sexiest female CEO. Not a bad gig for the man who knows his stuff. On the flip side of the coin, they have to contend with a competitor who isn’t shy about getting a piece of the pie. This is an uncomfortable situation to say the least. Fortunately, they have a plan. Unlike their competitors, they actually make time with their clients. Their clients are happy and they have a ton of fun working with them. Having said that, this is not a full on love fest.

The granddaddy of them all, the Dhaka-based e-commerce startup ShopUp has raised a whopping $75 million in Series B funding, a record for a startup in the sandpit that is Bangladesh. The company, which is already a go-to for SMEs in the country, plans to use the newfound cash to double its headcount in Bengaluru and to expand operations nationwide. As of this writing, it boasts over 500 employees. It’s already one of the largest logistics providers in the country.

Several of its marquee customers include DHL, Amazon, JC Penney, HSBC and a host of small and medium businesses. Not surprisingly, the firm is also a big fan of the latest and greatest in technology, from cloud computing to mobile device security. In its ongoing quest to keep up with changing consumer demands, the aforementioned company recently acquired Voonik, an Indian e-commerce startup in the making. Afeef, another entrant in the e-commerce space, is already on its way to becoming the next great thing in retail. The company plans to accelerate its transition to the digital era by providing mobile commerce solutions and building a connected ecosystem of products and services. One of its most recent acquisitions, India’s ad-free mobile ad platform, will serve as a crucial component of ShopUp’s marketing mix.

Among other things, ShopUp rolled out its largest office ever in the heart of Bangalore last year. In its most recent round of funding, it secured a hefty prize of its own, a multi-million dollar cheque from Prosus Ventures, a fund managed by the philanthropist Peter Thiel. HOW APPLE RAMPED UP ITS LOBBYING IN AZ, INCLUDING HIRING GOV. DUCEY’S EX-CHIEF OF STAFF, AMID A PROPOSED BILL TO LET APP DEVS TO USE 3RD-PARTY PAYMENT SYSTEMS (EMILY BIRNBAUM/PROTOCOL) 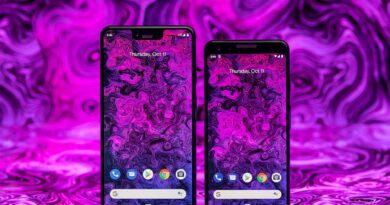 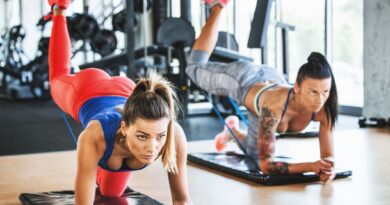 The Benefits of Membership at Eros Fitness